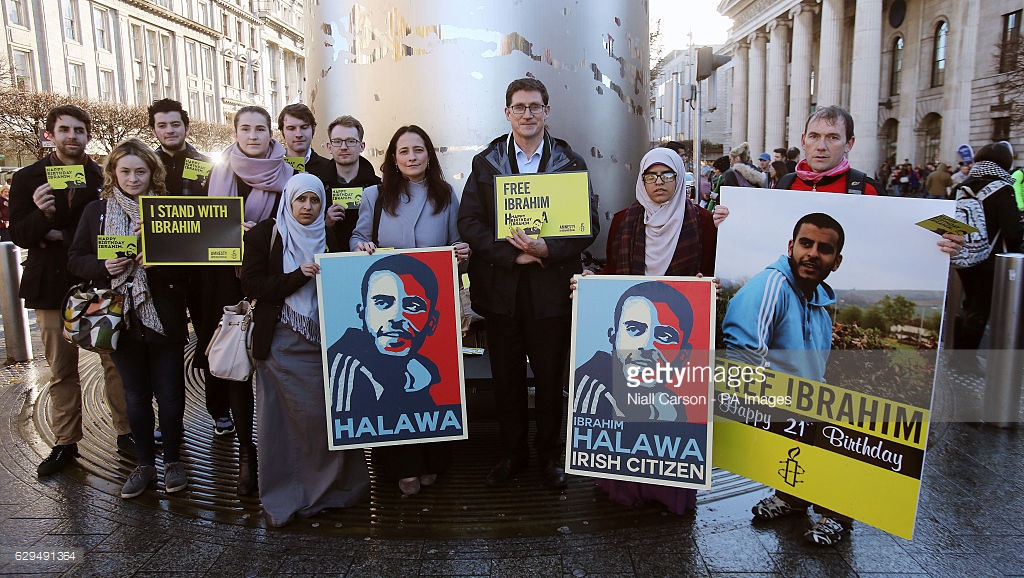 “This is yet another blow to Ibrahim and to his family. Ibrahim remains incarcerated despite no evidence ever being presented against him, despite reports of ill-treatment and abuse and despite the myriad of legal mechanisms for his release available to the Egyptian judicial and Presidential authorities.

It is true that this latest delay is the shortest yet in a deeply flawed mass trial process. Ibrahim and 400 others are due in court again on 17 May 2017. Shorter time periods between trial dates looks to be a somewhat positive sign if one were to accept that awaiting the conclusion of an unfair trial process is a fair outcome in this case.

We know from the independent medical examiner the Government sent to Ibrahim that he needs to be released straight away. The entire Oireachtas and the Government have requested Ibrahim’s release. Other foreign or dual-national prisoners in Egypt have been released in the midst of trial proceedings. We are asking for no more than other Governments secured on behalf of their citizens, notably the recent release of Aya Hijazi after direct intervention from President Trump.

We have to ask – is the Irish Government demanding and getting firm assurances of an actual end in sight in this process or are we, yet again, raising false hopes? Why are other Governments such as Australia, Canada, the US, Turkey and others able to secure the freedom of their citizens?  If on the 17th of May there is no verdict, which looks likely given the over 40 witnesses yet to testify, then we will go into another period where nothing can happen as Ramadan takes place 26th May – 24th June.

Ibrahim and his family know there have been other false dawns before. Has the Irish Government done all within its power, in terms of bilateral trade and other deals, as well as invoked the protection of the European Union? If not, we have to ask why not?

Ibrahim Halawa remains in jail and in danger and we clearly have not done enough to secure his safety thus far.